Are there
too many
polar bears?

that climate change is not affecting populations. Scientists strongly disagree on both

populations. Their plans include killing a greater number of females and even cubs.

end up in the international fur trade.  So what's going on?
Polar bears on the edge of survival
Polar bears and seals, their main source of food, depend on sea ice to survive.  The seals need ice to raise their pups, while polar bears depend on it to catch seals.  Climate change causes the sea ice to melt earlier and freeze later in the year, progressively narrowing the window during which this is possible and forces polar bears to spend increasingly longer periods on land without food. This effect is most pronounced in the southern part of the arctic.

The polar bear population of Western Hudson Bay, at the southern end of the species' current distribution, is the best studied polar bear population on earth. Here, polar bears fast for at least four months until the sea refreezes and they can hunt again. Pregnant females have to forego food for eight months, as they give birth and nurse their cubs until they are finally old enough to leave the maternity den behind and return to the sea ice to hunt. Fasting for two thirds of a year pushes polar bear mothers to the very brink of their energetic limit. Scientists found that poor physical condition, survival and birth rates are all linked to the earlier break-up of sea ice.  In fact, sightings of mothers with cubs have become a rarity.

As malnourished bears are forced to spend increasingly long periods on land due to lack of sea ice, more have ventured into settlements in search of food. This has led the Inuit government of Nunavut, which  retains the ultimate authority over polar bear management in the area, to claim that there are in fact too many polar bears.  It went further by suggesting that polar bear numbers have now increased to a point where they are jeopardizing both public safety and the environment. To address this perceived problem, they are considering to actively reduce polar bear numbers in certain subpopulations by permitting native hunters to kill a higher number of females and even cubs.

“It’s for the safety of the public that we want to reduce our polar bear population"
Stanley Adjuk, chair of the Kivalliq Wildlife Board

Danish and Norwegian polar bear experts Christian Sonne, Aaage Alstrup, Bjorn Jenssen and Rune Dietz also urged the Nunavut Inuit to rabandon these proposals. Reducing the number of Nunavut's female polar bears would impair the pupulation's reproductive capacity but do little to address the human-bear conflicts.  They warn that at best, it "will take decades to correct" this course of action because of the species' slow reproduction. At worst, these changes would be irreversible as additional man-made stressors for a population that is predicted to collapse or maybe even become extinct by 2100 as a result of climate change. 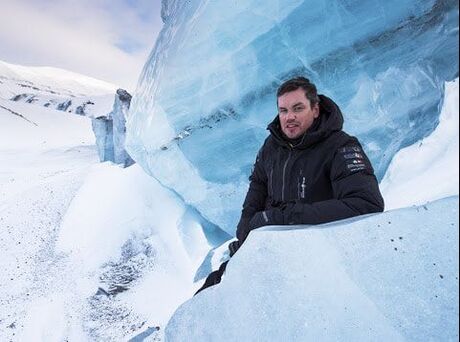 Ole J Liodden is at home in the arctic
“It has become politically incorrect to question the Inuit or their polar bear management, especially when it comes to terms such as ‘sustainable harvest’ and ‘subsistence harvest," says conservationist, author, acclaimed wildlife photographer and PNP polar bear conservation advisor Ole J Liodden.

“It used to be an important part of Inuit tradition for hunters to treat the polar bears with respect - before and after death. Killing simply for fun is not compatible with that tradition and many Inuit hunters and leaders were, and still are, opposed to trophy hunting for that reason.”