Rhinos everywhere are under siege from unscrupulous poachers and wildlife traffickers.  We set up and support a dedicated and highly skilled anti-poaching sniffer dog unit in the Indian state of Assam, which sniffs out poachers, weapons, hideouts and contraband. Working as one in the Indian rhino's last stronghold, they help to keep rhinos, tigers and other wildlife from being harmed. 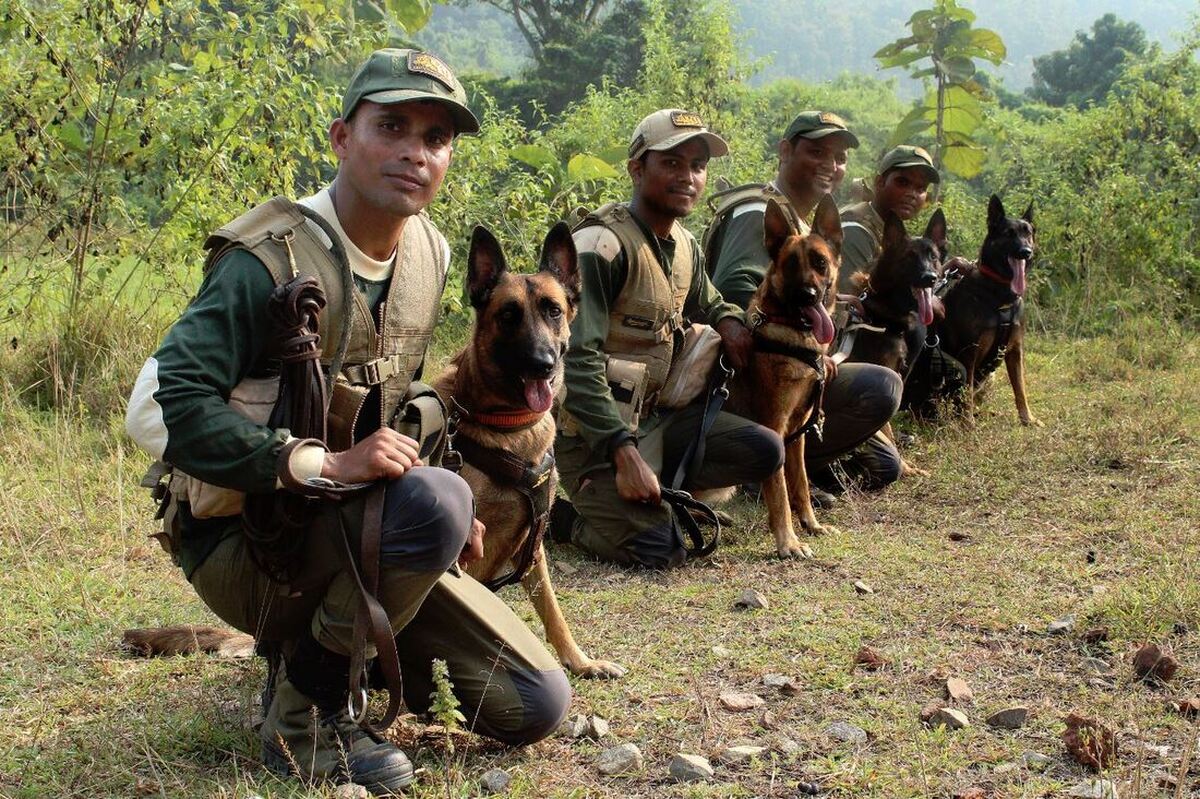 The world is witnessing an unprecedented rise in poaching and illegal wildlife trafficking that is devastating species including rhinos, elephants, tigers, sharks, pangolins and many more. Illegal wildlife trade has become the fourth most lucrative global crime sector after drugs, humans and arms. It is linked to international criminal networks and, according to the UN and Interpol, is worth a staggering 7-23 billion US dollars a year.  In combination with human population growth, poverty, corruption and threats such as climate change and habitat loss, wildlife trafficking is part of the perfect storm that is battering the natural world and driving species to oblivion.

We need your help to keep them going!

None of this work is possible without your support.  We depend on your help to ensure this K9 unit can continue to do its job. This includes dog handler salaries, dog food and veterinary care, as well as uniforms, field equipment, such as binoculars, medical kits and night vision goggles etc. We also need to regularly replace dog harnesses, collars, leads etc. as they wear out.

The team's work is dangerous. Although the training is designed to keep both man and dog safe, the dog team inevitably leads the way in the pursuit of poachers.  This makes them a target.  Rhino poachers carry knives, machetes and high caliber firearms.  Unlike a ranger, a dog handler is unarmed. We therefore urgently need to buy bullet- and stab-proof vests to keep everyone safe.

We work hand in hand with our Indian conservation partner, Aaranyak, Assam's Forest and police Department and
NABU International to protect India's precious rhinos, because we are stronger together!

​India's Kaziranga National Park and Tiger Reserve is home to two thirds of the world's 3,500 last greater one-horned rhinos.  But every year between June and September the monsoon floods much of the park,  putting the animals at risk from drowning, vehicle collisions, starvation and poaching.  Twelve rhinos were among the the 151 animals who died as a result of the flood so far.