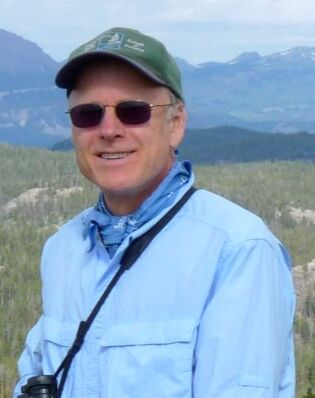 Dr. Bill Ripple is a distinguished professor of ecology in the Department of Forest Ecosystems and Society at Oregon State University. He was the lead author of the 2019 “World Scientists’ Warning of a Climate Emergency” which was signed by more than 13,000 scientists. He is also director of the Alliance of World Scientists which has 23,000 scientist members from 180 countries. The main goal of the Alliance is to be a collective international voice of many scientists regarding global climate and environmental issue and how to turn accumulated knowledge into action.

Dr. Bill Ripple is a legend in his field. He’s responsible for one of the most famous ecological discoveries of all time: how Yellowstone’s wolves restored the health of the entire ecosystem. Ripple’s countless hours spent observing human impacts on nature sparked his concern for the overall health of the planet. And after analyzing 25 years of data, he produced an alarming report, discovering that the planet’s ability to sustain life is facing grave risk. The Second Warning is a documentary about Ripple’s plea to scientists to speak up with the hard facts. It’s the story of scientists all over the world, from Bangladesh to Australia, awakening to the need to become advocates if we are to survive the “Anthropocene,” the era of human-driven planetary change.

Ole is an acclaimed wildlife photographer, author, expedition leader and conservationist. His exceptional images have earned him many international awards.

Ole has always been interested in nature conservation and sustainable resource management. He became a full time photographer in 2003 after earning a Masters degrees in Natural Resource Management, Resource Economics and Environmental Politics from the University in Ås in Norway. He also studied Wildlife Management, Ornithology and Mammalogy at the University of Fairbanks in Alaska.

Ole uses his compelling photography to draw much needed attention to environmental problems, specifically in marine ecosystems and the Arctic.

In 2015, Ole launched the Polar Bears & Humans project. His latest book of the same name brings together unprecedented, detailed and new information about polar bear populations, trophy hunting and the alarming rise of international exports of polar bear skins to Asia. The Polar Bears & Humans initiative is about doing something about this problem.
"Most polar bear conservation projects only consider the threat of climate change and global warming. Polar bears have become the main symbol for global warming, and big conservation campaigns are published with images of polar bears. It is very important to protect the Arctic environment to secure the ecosystem with drifting ice for Arctic animals, but it is also important to protect the animals themselves. Humans directly killing polar bears, on the other hand, is rarely mentioned as a significant threat.

One of the most important questions to ask is: has polar bear hunting in previous decades been sustainable ? It is important that we answer this question honestly. The information I have collated in my book 'Polar Bears & Humans' will help decision-makers and the public to understand the bigger picture of the challenges polar bears are facing, what we can do about it, and why we have to act now." 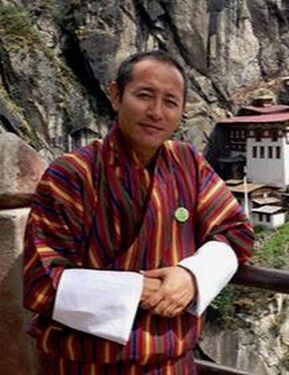 Lhendup is a passionate wildlife biologist, environmentalist, enthusiastic social worker and author from Bhutan, a small country in the eastern Himalayas. He obtained a Post-Graduate Diploma in International Wildlife Conservation from the University of Oxford and in 2017 earned his MPhil in Conservation Leadership from the University of Cambridge.

Besides being part of the Bhutan Sustainable Tourism Society, Lhendup is a member of the IUCN’s Cat Specialist Group and a fellow of at the New York based Explorers Club.

"If we acknowledge that we are the most evolved species on the planet, we have to be many times more sensible and responsible with regard to our actions as they impact the environment we share with other species. For now, we are no better than a pest.

Conservation is a test for Homo sapiens. If we succeed, we will survive. If we fail, the consequences are clear.

We have inherited this pristine nature and rich biodiversity as a legacy from our forefathers. Today their legacy is our pride. Our role is to ensure that this pride leads to hope for the future. Therefore, this generation can’t afford to exploit the environment and gamble with the assets of future generations. I strongly believe that it’s our common responsibility to realize this dream of coexistence, peace, and harmony towards a better and brighter future together.”